Here she is, here she is!  This one was fun to stitch, and I wanted a definite Thanksgiving feel.  The pins in this one are a blackbird (see, he's perched on the top) and a sunflower in her hand.  Growing up in North Dakota, I saw sunflowers every year. 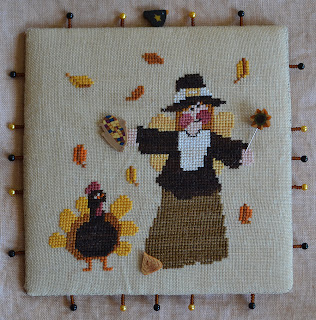 My dad had a standard joke for late in the summer.  We'd all be in the car, driving outside of town past a sunflower field.  When the sunflowers get ready for harvest, their heads droop -- like they're looking at the ground.  My dad would say: "Nobody move.  I dropped my contact lens!"
Posted by Theresa at 11:29 AM 6 comments: 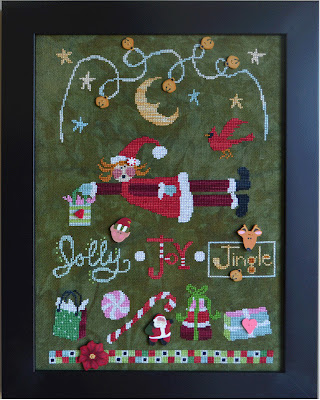 JOLLY JOY JINGLE: I've got a new design just in time for Christmas -- my good friend Jennifer stitched this for me and did a fabbo job.  It's a cute one, and has lots of fun Christmas motifs.  The button pack is by Just Another Button Company, and the fabric is 32 count Swamp by Picture This Plus. 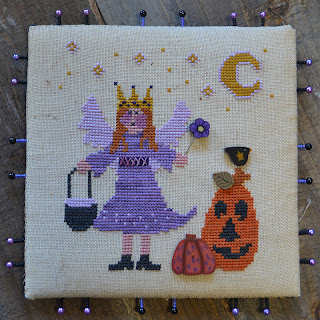 And finally October's Angel is here -- I forget how draining monthly series are to create!  But this one was a lot of fun to stitch, and I loved using different purple threads for her outfit.  I didn't want to do an angel witch...that's kind of predictable and odd.  What little girl didn't want to dress up like a princess at some point?  And she's got a purple flower scepter and a treat bag.

Hope y'all are having a wonderful Christmas season so far.  I have been pretty good about getting my shopping done and making preparations, but there's always so much more to do.  We NEED to get the tree up, but I fear I've been putting it off, because once the tree is up...with all those cats in the house...all bets are off, and it's just pandemonium!
Posted by Theresa at 9:49 AM 1 comment: 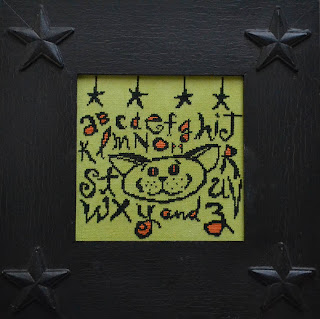 My latest chart...debuted at St. Charles' Celebrations Needlework Show last weekend.  This is available as a chart for $6.00 retail AND I have kits left from the show for $16.00.  The kits are "Make Do's."  With each kit, you get the design with a piece of hand-dyed linen in orange, purple or green AND two skeins of Weeks Dye Works' Okefenokee floss.  YOU SUPPLY your own bright color for filling in the letters.  I used Weeks Dye Works' Pumpkin, but use something you like that you've got laying around....this was fun to stitch, and it worked up really cute!
Posted by Theresa at 10:50 AM 1 comment: 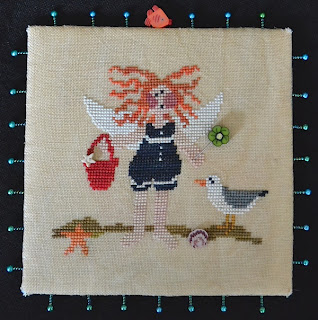 Here's August's Angel...she was really fun to stitch, and I wish *I* had a swimsuit that was that cute! 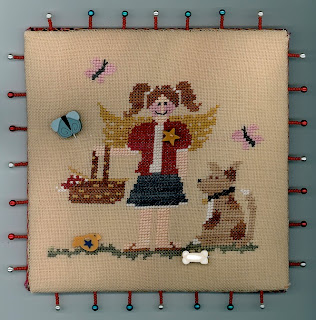 And in case you missed her, here's July's Angel -- she's picnicking with her best doggie pal and some butterflies.

Hope you've been having fun stitching these angels.  It's fun to come up with a theme every month.
Posted by Theresa at 9:34 AM No comments:

Here's a new piece from Raise the Roof Designs ... ME!  I had designed this one a few months ago, and when I got it back from my model stitcher, I didn't like the color I had picked out for the verse.  Knowing I would have to rippit-rippit, I had put off finishing the piece.

But Cecile at Just Another Button Company designed me that cute cupcake stamp, and so I finally picked it up this week, ripped out the old, put in the new, and I'm much happier with it.  It's on Alluring Blue Belfast linen (32 count) with Sampler Threads, one Crescent Color floss, and a few colors of Anchor.  I think it turned out very cute, and that little bird on the left makes me so happy.
Posted by Theresa at 1:25 PM No comments:

She's ready!  I wanted to go with a really neutral color palette for June -- I like tan with yellow...and then there's that little splash of blue in the flowers she's holding.  Here are the threads you'll need to stitch her:

What is love? It's grosser than you think.

Last week, Harrison was complaining a little about his roommate...another young man just starting out in the world.  This roommate is very nice, but not very interested in cleaning.  Their apartment isn't nasy/dirty, but things like the bathroom, the vacuuming and the kitchen dishes either get done by Harrison, or not at all.

I told Harrison that it would make me happy to come help him clean.  He accepted.

He took the bulk of the apartment -- picked up trash, vacuumed, did the bathroom (thank goodness).  I took the kitchen.  And while I was washing dishes in the sink, Harrison asked: Did you put the stopper in the sink?

Oh, he said.  You didn't need to.  The sink won't drain.  We should probably call maintenance.

Well, I finished the dishes, pulled the plug, and of course the water went ... nowhere.  I tried the disposal. Nothing.  So, I s-l-o-w-l-y reached my hand down the drain and felt something terrible down there.  As I was pulling it out, I said to Harrison (who was standing right behind me): Do you know what love is?

I had yanked out a Brillo scrub pad completely encrusted with food barnacles.  It smelled terrible.  Harrison fetched the garbage, and I threw the dripping mess away.

I put my hand back into the drain ... slowly.

Oh, Harrison said.  Be careful.  There's broken glass in there!

Did you break a glass in the sink? I asked.

Well, I dropped a small glass, and it went down into the drain, but I couldn't see it.  So I turned the disposal on.  (This would explain why the disposal no longer works.)

I pulled out about half a dozen chunks of jagged glass, then smaller pieces.  Then small handfuls of what can only be described as sink poop.  It stank like poop.  It was mucky and yucky and smelly and there were only very small bits of it I could identify (like the tops of carrots.  Thank goodness he's eating all right, I guess.)

Then I washed my hands several times and said I was going to the store for Liquid Draino.  And I came back, and poured the Draino down the sink (making sure to read the directions NOT to drink it.  Good lord.)  And the sink started to drain by later that evening.  Harrison said it's working better, but it might need another go-round with drain cleaner.

And just like I had to tell Graham NOT to pull on fire alarms (after forgetting to tell little Harrison...with horrendous, building-clearing results), I had to tell Graham this week NOT to try to run a glass through the garbage disposal.  Common sense?  Apparently not.
Posted by Theresa at 1:23 PM 14 comments: 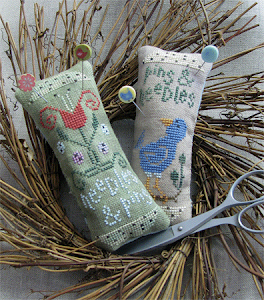 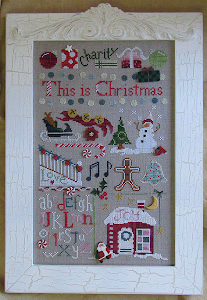 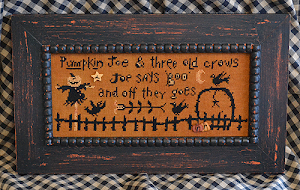 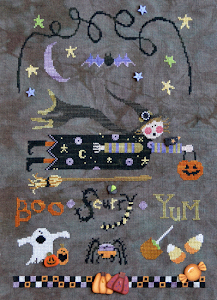